A whole new world, a new fantastic point of view!.. 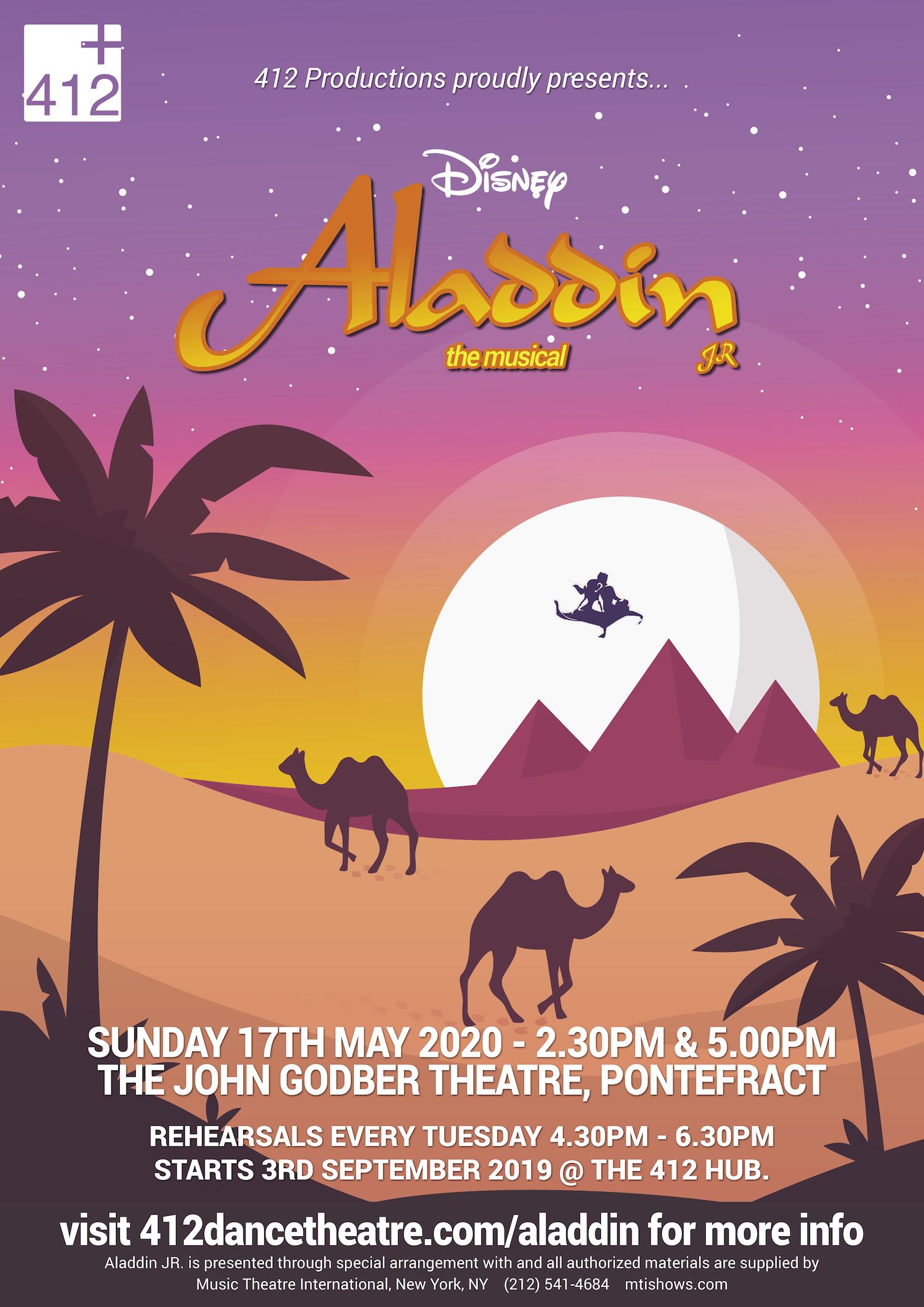 Our annual musical theatre production is always one of the highlights of the year. In 2018 we put on our sensational production of High School Musical and in 2019 we blew audiences away with Legally Blonde The Musical!

Our 2020 production is Disney’s Aladdin!

Hot on the heels of the recent Will Smith film, discover "A Whole New World" with this magically updated version of the Disney classic!

Disney’s Aladdin JR. is based on the 1992 Academy Award®-winning film and the 2014 hit Broadway show about the “diamond in the rough” street rat who learns that his true worth lies deep within.

The story you know and love has been given the royal treatment! Aladdin and his three friends, Babkak, Omar, and Kassim, are down on their luck until Aladdin discovers a magic lamp and the Genie who has the power to grant three wishes. Wanting to earn the respect of the princess, Jasmine, Aladdin embarks on an adventure that will test his will and his moral character. With expanded characters, new songs, and more thrills, this new adaptation of the beloved story will open up “a whole new world” for our young performers!

Whether you’re a singer, actor, dancer, gymnast or wanting to be involved back stage, – there’s a role for everyone in this popular, high energy musical extravaganza! Open to all students School years 1 to 11!

Created and performed the 412 way – this production promises to be a visual spectacle, a musical extravaganza and a whole load of fun!

Performances will take place on the 17th May 2020.

Due to the casting of the production – no new students will be accepted after Tuesday 1st October 2019. Please get in touch soon if you wish to register your child’s interest.